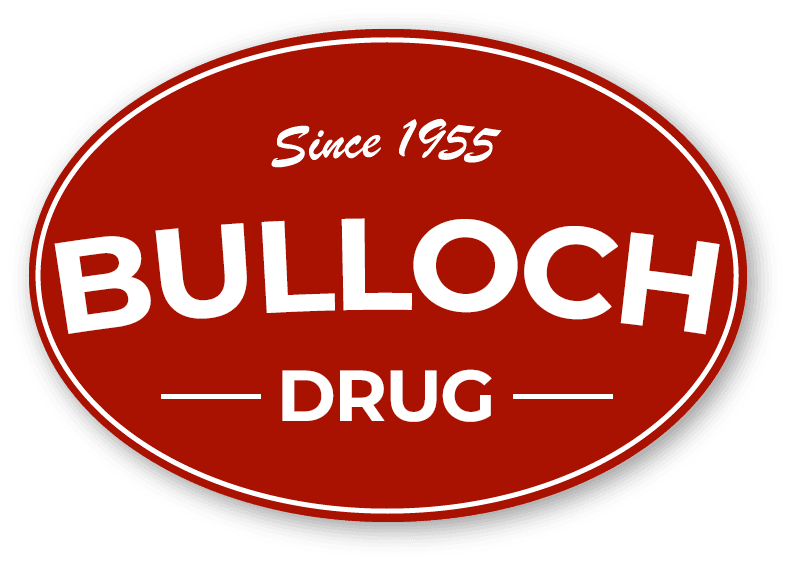 Prospering since the 1950’s

The building where Bulloch’s Drug is located is rich in Cedar City history. The building where Wood N’ Lace Boutique is currently located was built in 1881, becoming the Cedar Sheep Association Store. Members of the Sheep Co-Op turned in all of their sheep and land to the organization and in return, they were able to draw from the store what they needed in supplies, food, and staples. After the sheep were killed at the slaughter house the mutton was brought to the basement of the store where it was cut up and distributed to the association members. In later years the Co-Op was closed and the sheep and land were divided up among the stockholders. The only thing remaining in the Co-Op was the store.

In 1917, a new building was built to the south of the original store with an archway opening between the two buildings. This is where Bulloch’s Drug is located. This store dealt mostly in clothing, dry goods, and other department store merchandise. The upstairs of the building was occupied by doctors and also served as the first hospital in Cedar City.

In 1927, another building was added to the north of the old original building. This was built originally for use as a post office, but that was canceled, so the space was then leased to the Safeway Grocery Store. In later years, Robert’s Furniture Store and State Bank of Southern Utah occupied the building. It is now our third store, Comforts of Home.

The south building that was built in 1917 became the Thornton Drug Store in 1934. In 1955, it then became Bulloch’s Drug. In the 1960s the store consisted of a café with a long soda fountain occupying most of the north wall along with a drug store.

In 2003, the Vickers expanded the Bulloch’s Drug family and opened a second pharmacy named, Township Pharmacy, located across from Cedar City Hospital. Kyle Rowley is the pharmacist that runs Township.

In 2017, the Vickers expanded into the old Golden Rule Store building through the north wall of Comforts of Home and opened, The Stork on Main, a unique children’s boutique. The Vickers Family now runs all four stores combined.

The Vickers Family would especially like to thank the many loyal customers who have allowed them to grow and prosper their businesses in Cedar City. Without our customers, the businesses would not exist. They are also very grateful to the many employees that have worked for them over the years. Some of the employees have actually worked longer in Bulloch’s Drug than even Evan and Chris. Tonya Petty and Jana Davis “came with the store” when they purchased it from Don and Sylvia and have continued to work there ever since. Over the years many, many college students have worked for the Vickers as they have attended SUU. Other employees have been homemakers looking for extra income and have used their unique talents to help the businesses grow. The Vickers have always tried very hard to create a “family atmosphere” for both their employees and their customers. 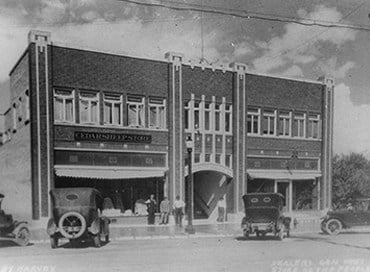 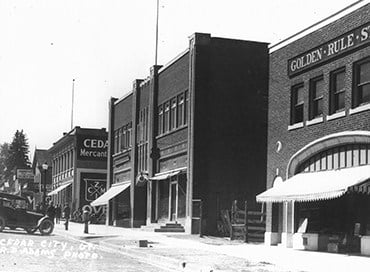 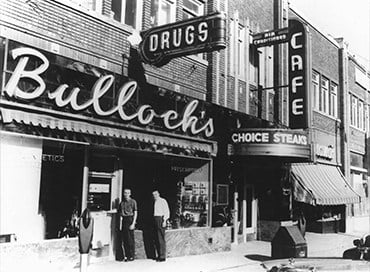 Built in 1917 and remodeled over the years to retain its historic character, this landmark building in downtown Cedar City contains an old-fashioned drug store with a soda fountain from the 1950s. The ever-evolving Bulloch Drug Family now includes a women and children's boutique and a home décor store.